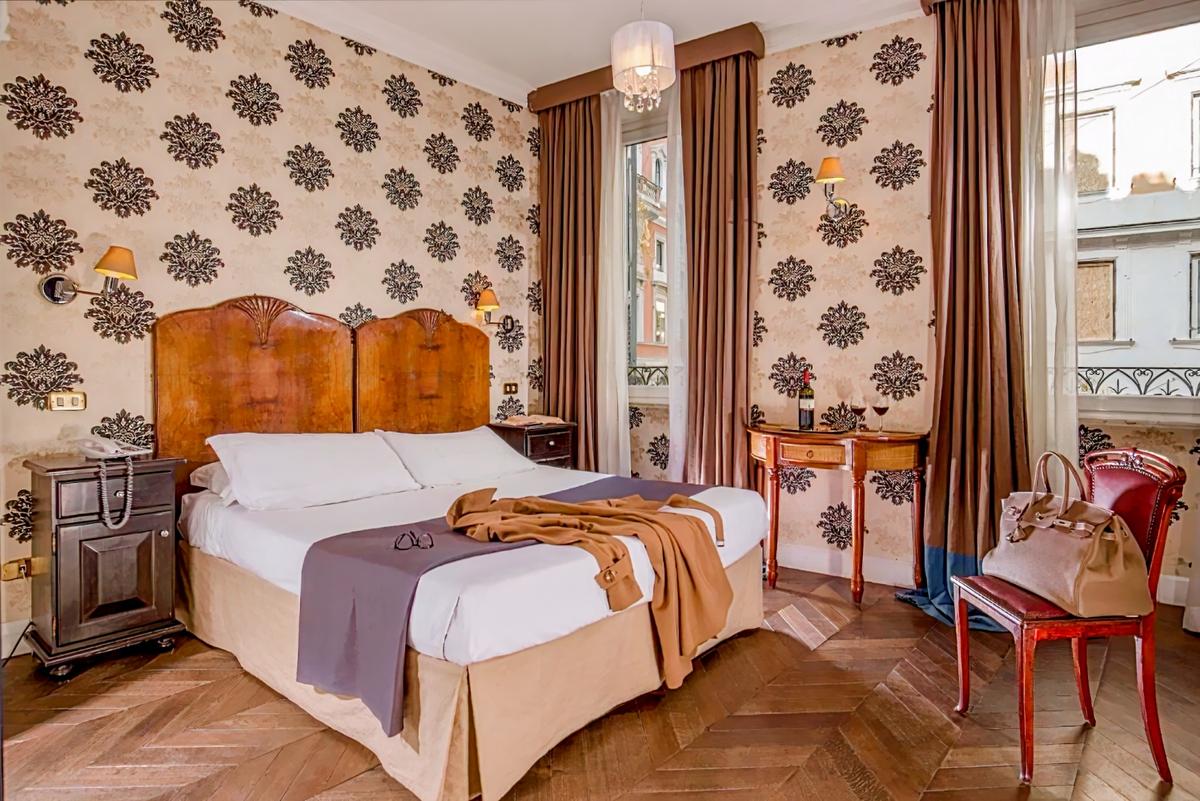 Hausmeister
Beschreibung
The boutique Hotel Anahi is located in Via Della Penna a few steps from the Tridente, the road complex that branches off from Piazza del Popolo along Via Di Ripetta, Via del Babuino and Via Del Corso (the main shopping and fashion streets); in one of the most characteristic districts of Rome's historic centre, where poets such as John Keates and Percy Bysshe Shelley, the writer Johann Wolfgang von Goethe and director Federico Fellini all lived. Nearby you can admire the major attractions that make Rome a globally unique city: the spectacular Piazza del Popolo where you can marvel at the twins churches of Santa Maria di Montesanto e Santa Maria dei Miracoli, the Flaminio Obelisk in the centre (Rome's oldest) and the two Valadier fountains that give the square a charming and unique atmosphere; the luxuriant Villa Borghese Gardens in which you can visit the Borghese Gallery that houses prestigious works of art; the Spanish Steps with Trinità dei Monti stairway; the exceptionally famous Via Margutta; the Pantheon, “temple to all gods”; and Piazza Navona, incomparable example of “Baroque Rome”, at whose centre is the Fontana dei Quattro Fiumi. Furthermore, from the Hotel to get to the Line A “Flaminio” metro stop you just need to cross Piazza del Popolo and close to the hotel there are city bus stops, in order to explore the Capital in all its beauty.