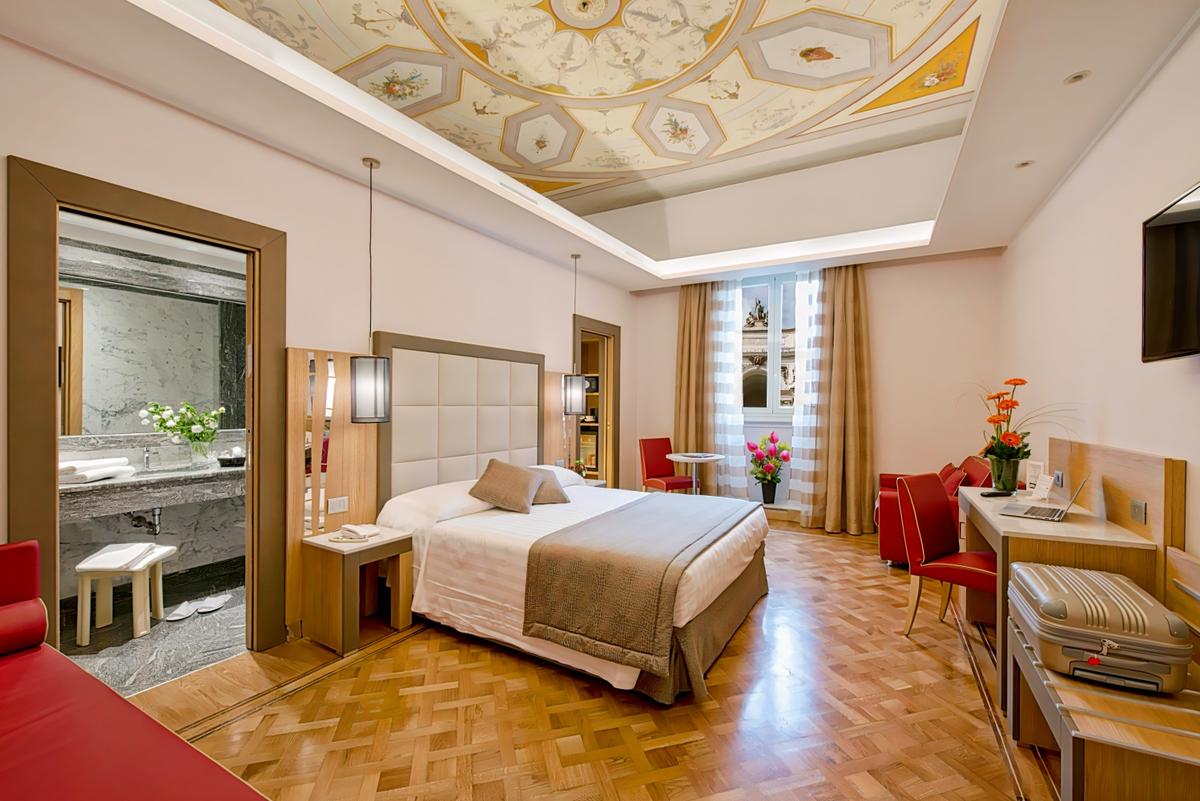 Parkplatz in der Nähe
Beschreibung
Giolli Hotel is a three star superior hotel located in the historic centerof Rome, immersed in the most important artistic, historical, culturaland commercial sites in Rome.A few minutes away from the train station of Termini, the Giolli Hotelwelcomes its guests in a historic and monumental building from thelate 800’s located across from the Palazzo delle Esposizioni, along ViaNazionale, near the imponent monument of the Vittoriano in PiazzaVenezia (Altare della Patria) clearly visible from the entry of the Hotel.